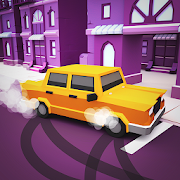 Drive and Park is a simulation game that hopes to teach you how to drive and park properly in real life. Through this lesson you get to play a bizarre form of arcade game where there’s less learning and more frustration through the attack of the ads. Drive and Park is a free to download game. You can get it from the Google Play Store or from the Apple iTunes Store. It also offer a bunch of in-app purchases and ads are a constant thorn throughout the course of the game but you can turn them off if you pay for the no-ad version of the app.

The app design of Drive and Park is as simple as it gets. Although the graphics are pretty catchy, the app menu and features are very basic. You get to control and drive all kinds of cars and you can park them in all kinds of cities. Whenever you clear a level you earn money and this is your ultimate goal in this game – to earn as much as you can through your driving and parking skills.

In Drive and Park you get to explore tons of cities from around the world. There is no plot or story behind Drive and Park so you jump city to city in different levels without an actual logic behind it. You also earn money according to how skillfully you drive and park your car. The more perfect you are in parking, the more the money you’ll earn.

Drive and Park seems like a pretty cool game on paper but the actual app can be pretty frustrating for a lot of reasons. For starters the gameplay isn’t as clean cut as you’d expect from a simulation game. You need to touch and hold the screen to park and press the brakes. There are some pretty clunky controls thrown in the game although they aren’t hard to understand. The physics of the driving in Drive and Park isn’t the best though so we can’t classify it as a great simulation game.

Another repeated issue with this app is the ambush of advertisements. There are too many ads throughout the course of the game and you’re forced to watch long video ads after every other level. This can completely throw your tempo for the game off and force you to delete the app from your phone entirely. The only other way to save yourself from this frustration is to purchase the ad-free version of the app.

Why do we recommend Drive and Park?

Drive and Park is one of the top apps in the Simulation app category, which belongs to SayGames. It's last update was on March 2, 2019 and it has been already downloaded 10,000,000+ times. On the app store it has now 424,320 reviews. After you get to Drive and Park page on the app store, click install & enjoy it. 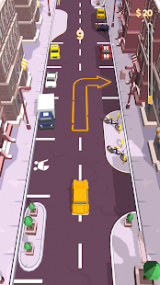 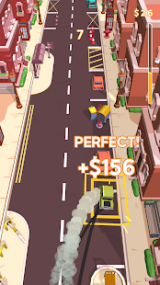 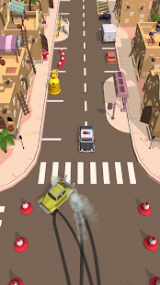 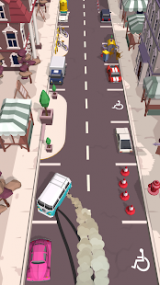