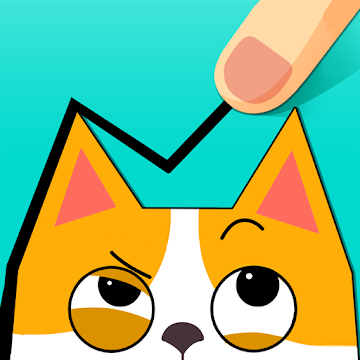 When it comes to art games, the first thing you’d have in mind is a paint brush or a pencil making strokes and splashing colors on a white canvas. Developer SuperTapx takes these typical art features out of its game Draw In all the while retaining the art theme. Draw In is a simple non-art game which can become quickly addicting yet quickly frustrating; find out how below.

Draw In has a unique gameplay with literally no requirement for rules or instructions. The app design is cutesy, simple and clean. If you do find yourself lost and wondering what to do in the game, a short mini tutorial does exist to assist you.

This app requires no formal sign ups or logins. You don’t need to connect it with your Google Plus account or your Facebook. You can, however, share your game achievements with your friends over several social media accounts.

Draw In begins almost immediately. The moment you open the application, you’ll be directed to tap to start the game. Once you start, you’ll be directed to another page with three different game sets – classic, jigsaw and a set that is soon to be revealed. The classic set has over 450 puzzles while the jigsaw set (initially unlocked) has over 50. The jigsaw game set can be unlocked once you have successfully cleared 20 classic levels.

The gameplay of Draw In is pretty straight forward and remains the same throughout each level. The objective of the game is to estimate the appropriate length of a straight line that will outline a hidden image. If you successfully draw in the shape, the hidden shape will reveal itself. If you do exceptionally well, the image will become colored.

The jigsaw set retains the same gameplay but keeps things different only by adding in an element of a 3-set jigsaw puzzle. Fail one part of the set and you’ll have to redo the entire puzzle again.

There are no twists or additional bonuses and features to the games. It’s literally just about guessing the correct length of the line. Too short a line or too long a line will mean you’ll have to retry the level. The good news is that you can redo a level as many times as you please. As you progress through the levels, they do become a little trickier but the gist of the game remains the same.

Draw In is based more on luck and guessing than on math and logic. Expert players will be able to judge the length of the line needed to outline the image without thinking too much. This makes Draw In a seriously addicting game and one that’s hard to put down. Plus with the cute hidden images, the interest of players is constantly piqued.

But Draw In has received a good load of criticism that has forced many to uninstall the app from their smart devices. The biggest issue users have with this game is the mountains of ads that are constantly hindering the game and breaking the tempo. After every two or three levels or so, an ad (that is usually more than 20 seconds long!) will pop up. This can be incredibly irritating especially when all you’re trying to do is relax with an addicting game.

The app does offer a paid no ad-version but for users who prefer free games, the ads are a major drawback. Some users have also complained of the game’s demeaning commentary. Every time you fail to pass a level or do average, the game will tell you you’re no good at it instead of encouraging you to keep it up. While this may not be too big of an issue for adult players, it can be discouraging for the younger audience.

Draw In is one of the top apps in the arcade app category, which belongs to Lion Studios. It's last update was on November 22, 2017 and it has been already downloaded 10,000,000+ times. On the app store it has now 44,298 reviews. After you get to Draw In page on the app store, click install & enjoy it. 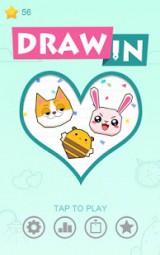 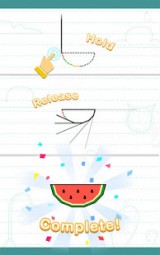 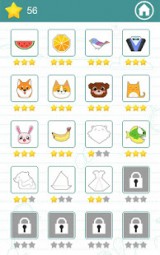 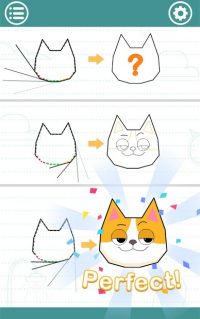 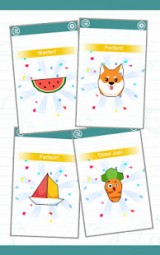