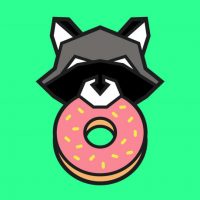 Donut County has become one of the most popular PlayStation 4 titles and it’s made its way into iOS devices as well. With some pretty impeccable graphics, rich storyline and a gorgeous gameplay, Donut County definitely manages to leave a great impression. It’s an app that needs to be purchased on the iTunes store and it is currently not developed for Android devices which is quite unfortunate.

We can’t really explain the gameplay of Donut County without first touching on the actual plot of it. Donut County narrates the story of a raccoon named BK and his best friend Mira, a donut shop worker. Mira gets a box of donuts delivered to her from raccoons and that is where the story begins. The donut box transforms into a black hole like object and sucks the entire county inside it, pulling everything 999 feet below ground. The scene then shifts underground and shows animals and objects that have been swallowed. After a series of conversations, the plot thickens and each chapter features an encounter with different animals. Players get to control the game from the point of view of BK, a hole-driving raccoon that explores the county to suck up trash into the donut hole.

The plot line of Donut County is pretty silly to say the least but it’s the quirky side to it that makes for most of the game’s entertainment factor. The graphics and art of the game are impressive and well animated with soft, subtle colors backed with some excellent sound effects and music. The character design and art is also praise-worthy and while the overall graphics and cartoony and almost childlike, they have a certain element of maturity to them.

Controls of Donut County are pretty straight forward. As a trash-stealing donut hole, you can move your hole across the entire setting of the game and experiment with just about anything that you can suck up. Each chapter has its own unique environment which keeps things interesting. The more things you eat and suck up in your hole, the more the hole grows until you can swallow entire buildings. All you need to do to control your donut hole is drag it around the touch screen with your finger and gobble everything in your path. It’s a pretty simple concept and there is little challenge to the game except the few boss battles you have to clear. There are a few catches to this hole-sucking mechanism though. What you eat eventually affects how your hole will be like. For example, if you happen to gobble up a brick kiln, your donut hole will begin to spew out balls of fire that could potentially wreak havoc around you.

Donut County also mixes things up in its gaming format by throwing in a few puzzles along the way. These tactful puzzles break the monotony of the hole-sucking gameplay and can actually be good brain exercises. You can also combine objects to make some crazy combinations and effects. For example you can breed bunnies and even launch fireworks. Donut County is an amalgam of diverse elements and features married together perfectly. Its unique concept and interesting gameplay has also been copied by other developers such as Voodoo in their popular app hole.io. Since Donut County is not available on Android, hole.io definitely has an upper hand on that system. Maybe the developers should consider releasing an Android version fast if they don’t want more Donut County rip offs to be created and gain popularity.

What can be improved in Donut County? 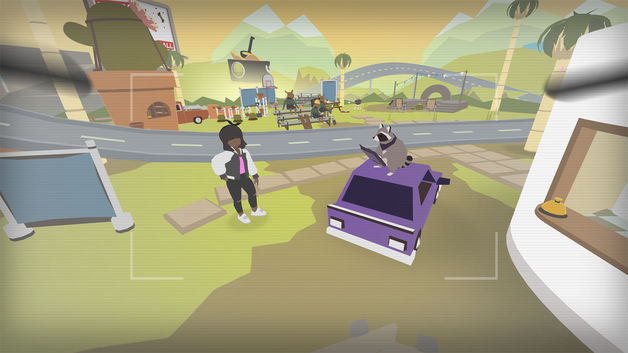