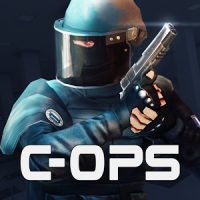 Remember the time when Counterstrike took over the gaming world? Well now Critical Ops is taking its place and it’s doing a pretty remarkable job. Unlike Counterstrike, Critical Ops is a mobile game available for both Android and iOS users. It’s large player base is understandable: the fast-paced first-person shooter gameplay is hard to resist.

Critical Ops is your typical FPS game but with exciting features that make all the difference in its reputation. The story isn’t too refined though. It’s a battle between the terrorists and anti-terrorists where players can work either singly or in a team to thwart their enemies with speed and bullets.

The mountain of features Critical Ops offers is exemplary. Starting off, there’s more than just one mode. The defuse mode is one of the first and basic modes where players have to defuse a bomb and stop it from exploding. Death match is another mode that facilitates multiplayers where you work in teams to annihilate the opposing team. In ranked games, players get scored according to the number of games they win. And then finally in the Gun Game, players work in teams where each player has to work their way through every weapon in the game.

The game also has a degree of customization. Before you begin playing, you’re asked to select a name for yourself. Players can then choose the weapon of their choice from a range of options. They can also decide on a skin for the weapon to make it stand out from the rest. However, not all skins are available for free. You will have to pay for the more exotic skins.

Critical Ops also allows players to host their own private matches. This means that if you want to challenge or make a team with your friends and not strangers, you are free to do so. There’s also an intriguing clan system wherein players can join a clan that competes together as a team.

Conversations are made easier in Critical Ops as well. You can easily send a message to another player through the chat although not everything in the chat might be strictly regulated or suitable for children under age.

Critical Ops is a game of tact and speed. This FPS style gameplay has set the bar high in its genre because it not only offers an excellent gameplay but also has graphics that stand out. Although the size of the game is rather large, it’s understandable given the great graphics and UI it offers.

When it comes to in-app purchases, there’s really nothing too negative to be commented on. Strangely enough, Critical Ops does not offer in-app purchases that can make the paying players get stronger or progress faster in the games. It’s not a pay for win game and the only purchases it offers are the skins of the weapons. The skin and color of the weapons can be bought by paying with real cash but this customization does not change the quality or the power of the weapon; only the appeal.

Why do we recommend Critical Ops?

What can be improved in Critical Ops?

Finnish developers Critical Force did us a great favor by creating Critical Ops. If you’re looking for a fun yet tactful shooting game for your phone, it’s time you download Critical Ops. 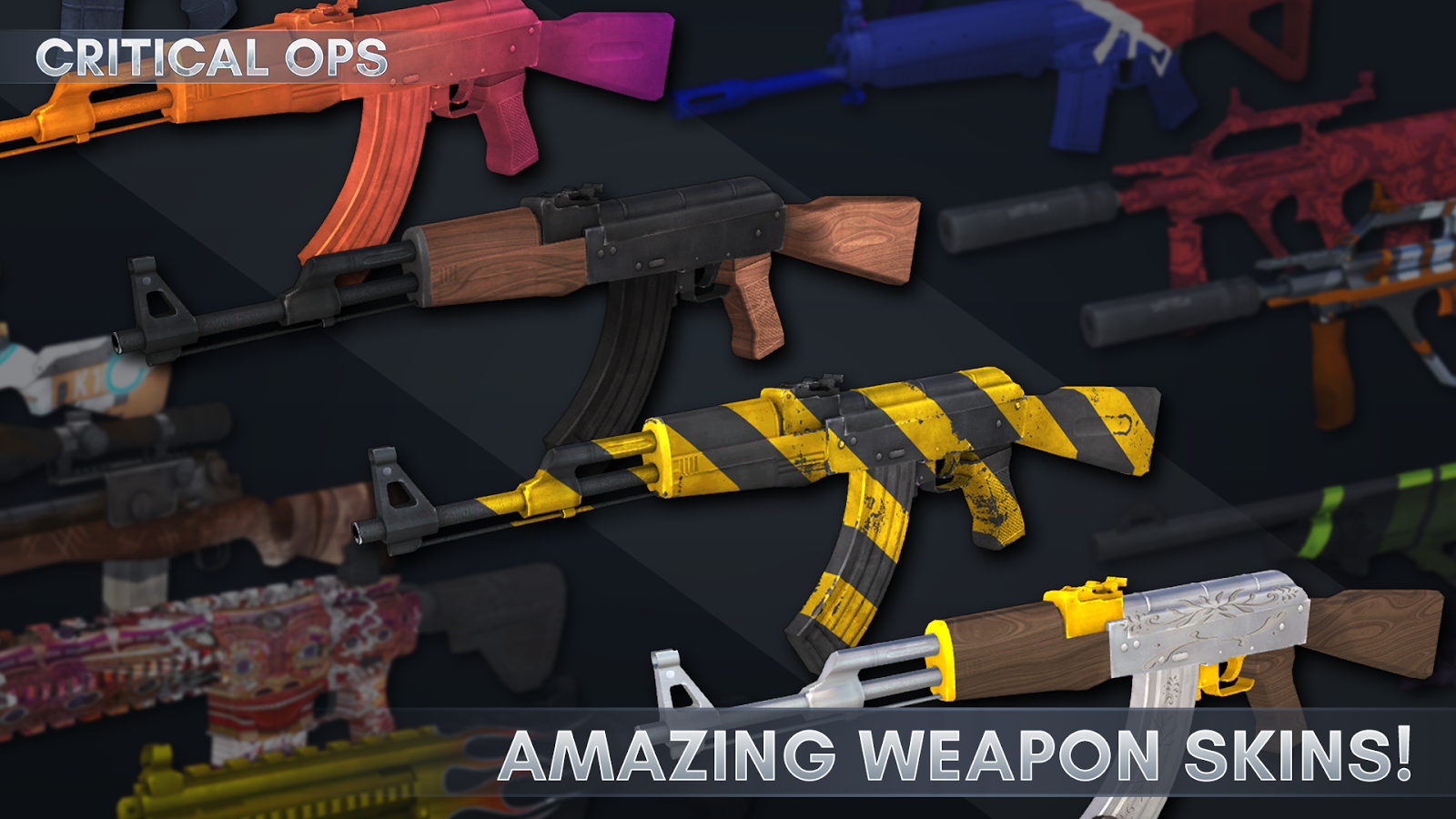 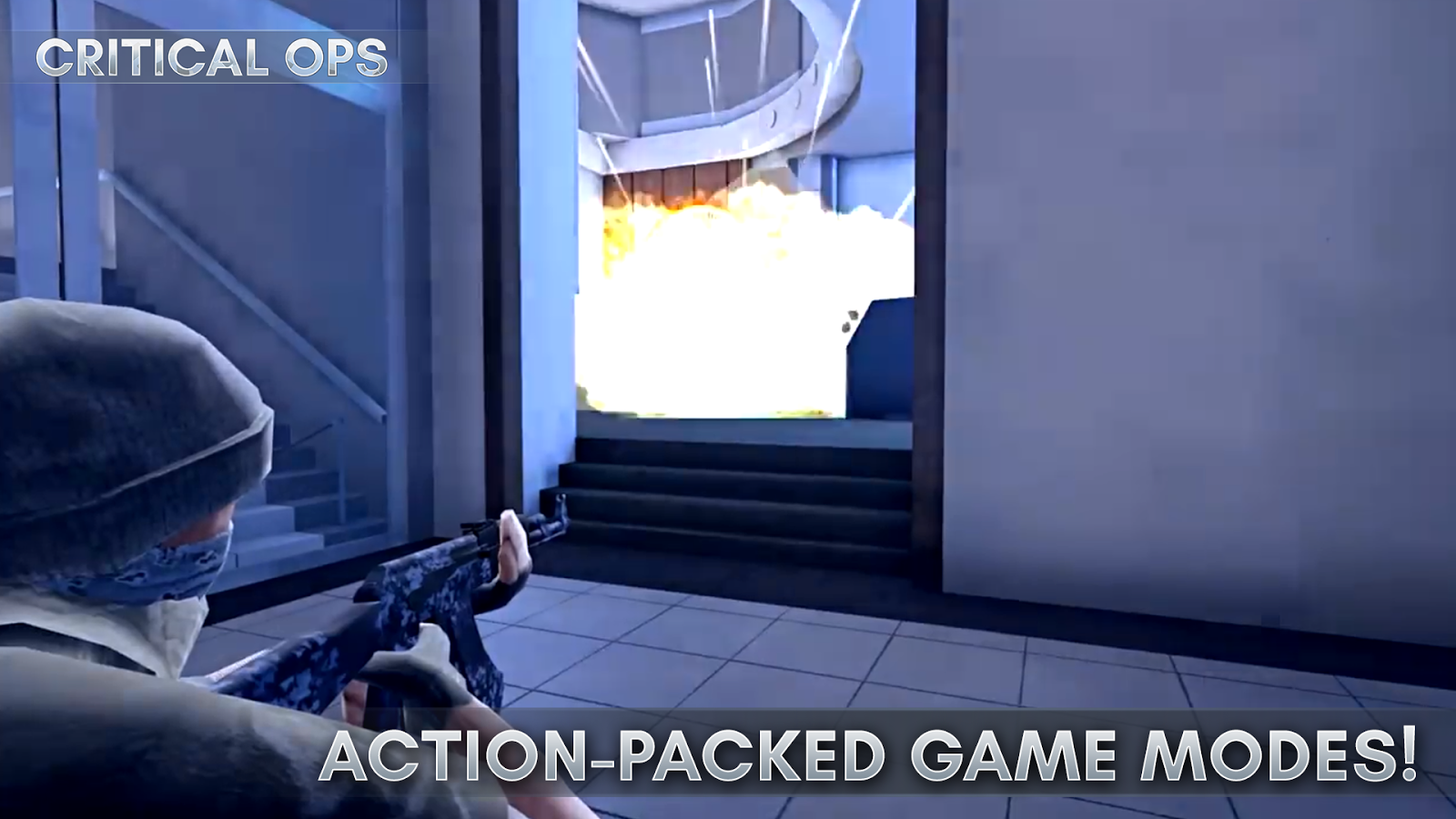