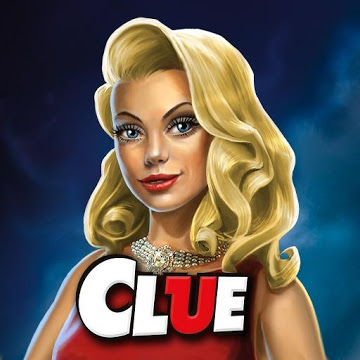 Remember that time when Clue/Cluedo used to be our favorite family strategy board game? Well, Marmalade Game Studio has ported this homely Hasbro favorite into our smartphones and we honestly love it! With a price tag of $4, you can now experience the same game format and theme of Clue in your smartphones as you did on the board. In fact, it may be even better with the gorgeous animated graphics, immersive soundtracks and music, and a lot more in-depth look into the classic characters.

Developers Marmalade Game Studio has managed to retain the original concept and feel of the classic board game Clue which has been around for decades! It’s the same whodunit format where players have to investigate who murdered the owner of the giant, complex mansion – Mr. Boddy.

The app version of this classic board game also incorporates a board and dice where players have to move and land as they collect more evidence against the perpetrator. Players have to find out who killed Mr. Boddy, where in the mansion he was murdered and what weapon was used to commit the crime.

We also see the same familiar faces as we’ve seen in the board games for so long. The developers have kept the same characters in the game which true Clue fans will definitely appreciate. This means you’ll get to see Miss Scarlet, Colonel Mustard, Professor Plum, Mr. Green, Dr. Orchid, and Mrs. Peacock in the app version of Clue as well. It’s up to you to find out who amongst these is the murderer.

The rooms of the mansion as well as the murder weapons are also mostly kept original as in the board game with minor changes or additions.

As you move around the board by rolling the dice, you get to uncover more mysteries and evidence about the scene of the crime. You also get to make suggestions along the way as in the classic board game until you’ll completely sure and can accuse someone of the crime.

Clue has a built-in virtual Clue sheet just like the little paper sheets that came with the board game. Here, you can mark off any red herrings and take your own notes to unearth the murder case.

What’s best about the Clue game app is that it manages to keep the original essence of the board game alive all the while adding certain features that only make the game more interesting. The graphics, for example, are undeniably terrific. They’re 3D-style with great animation and vivid colors. Let’s not forget the music and sound effects too – they make the game of Clue even better! Clue is a mystery crime board game that will definitely keep a player’s interest. It’s not free, unfortunately and you’ll need to pay to play it. There are also certain in-app purchases that you can make in the game to ease your way along in solving the murder mystery.

There are a few drawbacks to this app though. For starters, after the recent update, some users have been complaining of coming across some problems with the online mode. Others have complained that the gameplay can be a little too slow and the dice rolling process takes time.

This app is an Editor’s Choice app on the Google Play Store and is available for both Android and iOS users. With over 100,000 download in the Play Store alone, there’s no question that Clue is worth buying if you’re a fan of the classic board game.

Clue is one of the top apps in the Puzzle app category, which belongs to Marmalade Game Studio. It's last update was on August 23, 2018 and it has been already downloaded 100,000+ times. On the app store it has now 20,379 reviews. After you get to Clue page on the app store, click install & enjoy it. 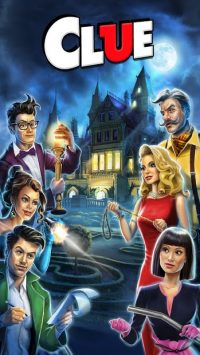 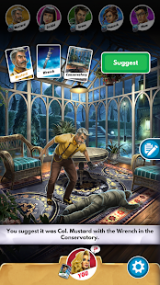 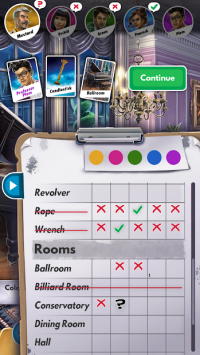 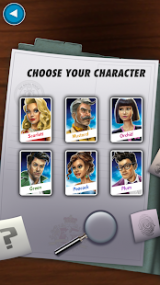 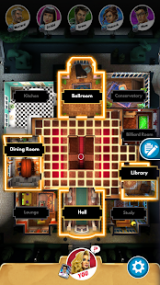