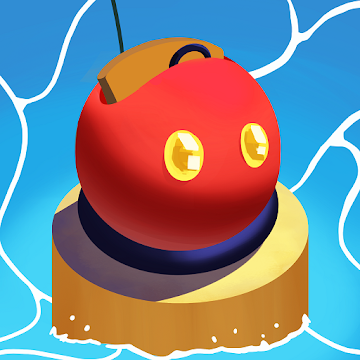 Voodoo is famous for creating addicting .io games that we simply can’t put down. Be it slither.io or agar.io, Voodoo games have managed to make crazy numbers on the app store. Bumper.io is one of their most popular mobile games to exist and that’s because of one important reason: you can actually win!

Unlike most other Voodoo games, Bumper.io gives a chance for players to get victorious. The ease of play of this game is the same as the other games but it is more practical in terms of controls. Like all other .io games, Bumper.io incorporates the part where you grow exponentially in size but growing in size actually makes winning more easy unlike the other games. As the name implies, Bumper.io is all about bumper cars and throwing cars off the stage. Players are brought into a bumping showdown on a small island surrounded by water. The goal is to bump all your opponents off the island and into the water to become the victor of that round.

As in other .io games, this app also pits you against online players from across the world making it a fun, social experience. You can customize and set your own username and it’s always fun to come across a player with a quirky name to play against.

Bumper.io has simplistic 3D graphics with colors that definitely pop. The cars featured in this game aren’t your average cars; they are round cartoony vehicles with a spherical button on their back. Colliding into that button will immediately release nitrox from the bumper car and make it shoot forward. This will usually result in the bumper car falling off the stage and getting knocked out of the round.

Every time you bump a car out of the island, you get a kill point that is displayed on the top left corner of the screen. The higher these points are for you, the bigger your car will become. This can work in both your favor and against it. Bigger bumper cars mean that you can bump smaller cars more easily because of your biggest surface area. This also means that small cars will have trouble bumping into the big car. On the other hand, the round button in the back that releases nitrox also increases in size making it more likely for another opponent car to hit you in the back and shoot you off the island.

Controls of Bumper.io are fairly simple. A short list of instructions in the game will tell you how you need to maneuver your bumper car. All you need to do is swipe towards the car you’re targeting and want to bump in to knock them out.

Bumper.io boasts some really fun features and an addicting gameplay. It’s a perfect app to pick up when you want to kill some time. Unfortunately, as with other free applications, this one doesn’t come without an ambush of ads either. There is a banner ad that constantly runs on the bottom of the screen throughout the game. Plus, there are video ads that are played after you’ve played a few rounds of the game. The ads can be removed; however, by purchasing the no-ad version of the app with real money.

This app is available on both the Google Play Store and the Apple Store.

Bumper.io is one of the top apps in the Arcade app category, which belongs to VOODOO. It's last update was on November 20, 2018 and it has been already downloaded 5,000,000+ times. On the app store it has now 50,209 reviews. After you get to Bumper.io page on the app store, click install & enjoy it. 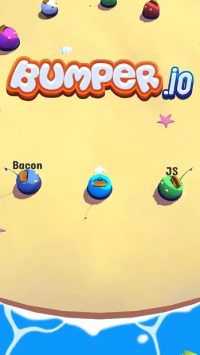 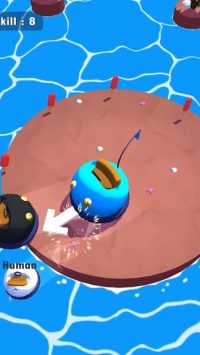 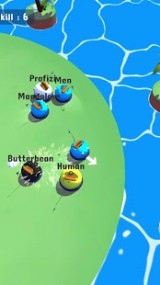 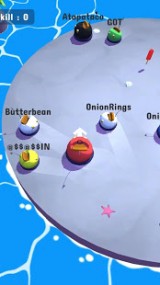