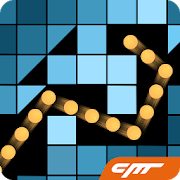 Bricks n Balls puts a unique spin on a casual brick game and creates something utterly fun and relaxing to dive into in your free time. Bricks n Balls is a game that classifies as a casual game but it’s not just a random clicker game. There are challenges involved and you can lose a level if you’re not accurate or fast enough. Bricks n Balls is a free app to download for iOS and Android user and it offers some in-app purchases that it promotes quite aggressively in the game.

Bricks n Balls isn’t your average brick breaking casual game. Sure it takes after the classic concept but there are certain features inherent to it that make it stand out. In this game your prime objective is to clear the screen of the bricks with your orange ball. The bricks move one step down after every move you move. You’ll need to destroy all the bricks before they reach the very end or else it’s game over. Fortunately, it hardly ever comes to that point in the first few levels. The difficulty does tend to rise with each passing level but it’s never incredibly challenging. That means you’re unlikely to come across a roadblock in the game where you’d have to consider purchasing the bonus effects.

The gameplay sounds pretty simple but there’s actually more to the story. Instead of normal blocks, the bricks in Bricks n Balls have a designated number stamped on them. This number denotes how many times you’ll have to hit the brick in order to break it. Some bricks only need one hit to break but as the levels grow harder, you will come across bricks that need 50 plus hits to demolish.

The balls aren’t basic either. Instead of one ball shooting up, you get to have a series of balls. You start with around 50 but you can increase this number through the daily awards and special bonuses in levels. These balls will all shoot together in the same direction at first but then they will scatter and destroy bricks in their own trajectories. Sometimes this can take a while so you can choose to fast forward the motion or command the balls with a button to return to the bottom.

Despite being a casual game, there is a certain level of physics and tact involved in the game. For example, you need to decide where you want to shoot your balls to make the biggest possible damage. The more the bricks you break in less amount of moves, the higher your score will be. You can choose this direction of projectile either by directly clicking on the screen in the appropriate direction or by selecting the direction more accurately through the option given on the bottom left of the screen.

You can also make use of some special bonus effects to create more damage or give yourself more balls to shoot. Furthermore, you can also purchase the diamond membership in the game with around $5 to shoot better.

Bricks n Balls is a simple game with simple controls but there are no instructions to learn the gameplay and the app design as well as the game menu can be a little perplexing. The homepage directs you to multiple options and a place where you can check out all the levels you’ve played and unlocked. The homepage is also bombarded with ads which can be quite a nuisance. Video ads are less frequent but still do tend to show up occasionally.

Why do we recommend Bricks n Balls?

What can be improved in Bricks n Balls? 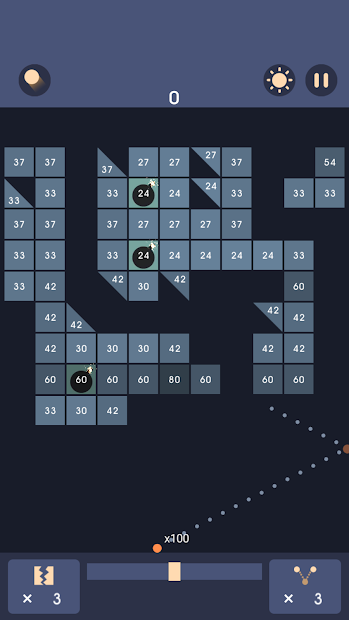 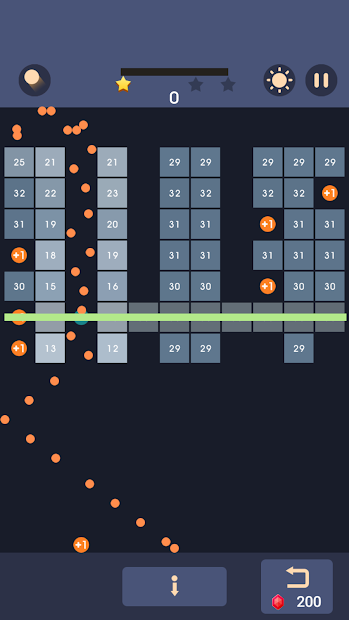 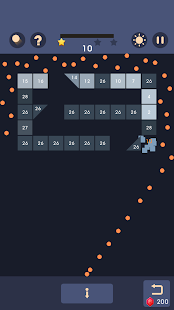 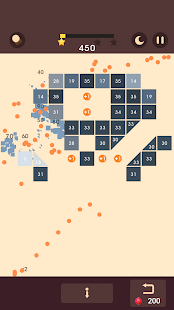