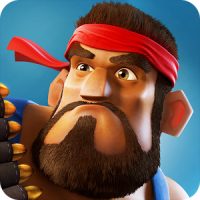 It’s Rise of Nations meets Clash of Clans – a glorious combination of modern warfare in Boom Beach. Developers Supercell have created yet another mind boggling, strategic game that will have players glued to their mobile screens for hours. Only this time, they’re defending an archipelago against evil forces that plan to overtake the islands.

Boom Beach has been released for both Android and iOS users and provides dedicated player an enthralling strategy game experience. The plotline centers on defending island bases against the villainous organization, the Blackguard. Players build their headquarters and defend it from opponents that can be both computer generated enemies or online players. Expand your army by overtaking enemy headquarters around you as you engage in well-paced battles that require brain and skill.

As you progress further into the game, you are supplied by gold and wood by the free islands. These resources are essential to level up and grow your army stronger. But here’s the thing – it takes time.

For players who can wait, the game is great. You can slowly work your way to the top without looking for shortcuts. For those who cannot wait, however, it’s a whole different story. The game will tempt you into purchasing resources to find shortcuts for you to climb the ladder fast but unlike most top games, it doesn’t coax you excessively.

The gameplay itself is quite exciting – combat based battles with guns and mortars and flamethrowers in a race against time make Boom Beach quite the blast. The violence, although not bloody or severe, is the reason why the game is rated for 13 years players and above. Although the battle scenes are not gory, the sound effects are realistic and can be triggering for children under age.

Boom Beach is one of the more acclaimed freemium games on the play store that have gained their fame without promoting in-app purchases. The graphics of the app are also exemplary; the isometric gameplay provides an immersive experience for players. The map of the chain of islands is also vast so you have plenty of ground to scout and explore to plan your attacks and strategies.

Boom Beach offers a giant online base so that you can battle against real players as well as the computer but there is a lack of interactions. Players cannot send personal messages or interact in anyway directly. This might be good for the privacy but it does rob the game of the element of interaction.

Apart from fighting against opponents, you can also join them and make them your allies. With other players in your team and as allies of your troops, you can undertake co-op missions to overthrow the Blackguards together. The game has millions of other players and hundreds of enemy bases that you can conquer and collect loot and materials from.

Why do we recommend Boom Beach?

What can be improved in Boom Beach?

Boom Beach is a refreshing game to have on your phone. Not only does it offer an enthralling combat experience, a variety of scouting options and the ability to team up or play against real players in the game but it’s also a treat for the strategic mind. If you’re a fan of strategy games, Boom Beach will not disappoint. 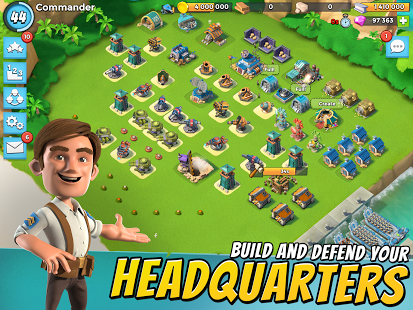 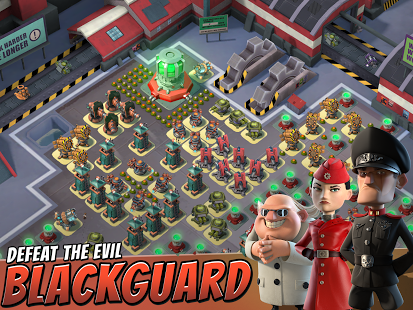 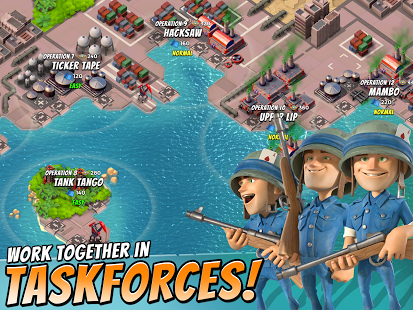 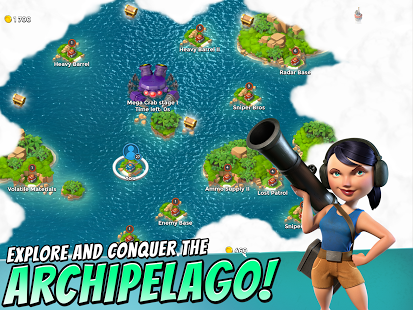 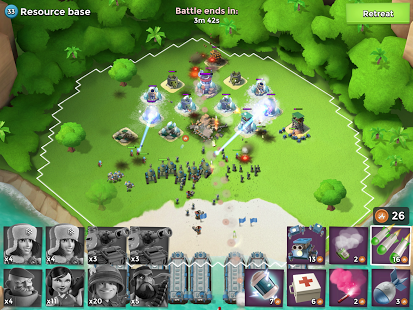