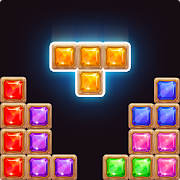 Block Puzzle Jewel is your typical puzzle game that reinforces the concept of a typical block puzzle game that we’ve all played at some point in our life. Simple to play and very basic in all possible senses, Block Puzzle Jewel is a fun way to pass your idle time. However this is a game that can grow on you eventually and you might get frustrated at how monotonous it can be. Here’s the complete description of this free to download puzzle game. It can be downloaded on both iOS devices and Android devices.

Does the concept of dropping blocks and aligning them in a straight line to make them explode sound familiar? It does for everyone. Block Puzzle Jewel reinvents the classic block puzzle game that we’ve played in the earliest handheld consoles that have come out. The goal of this game is to fit the blocks that are given to you in the screen to make a complete line vertically or horizontally. Once the line of blocks is complete, it explodes and adds to your points. If you end up in a tricky spot where you can’t fit a certain block on your game screen, it’s game over and you’ll have to start all over again.

In Block Puzzle Jewel there are no levels or stages. The game is continuous and is essentially a single level that you can do over and over again to get bigger and better scores and top the leader charts.

When you first install and run the game, you’re instantly thrown into the gameplay. There’s a short, mute tutorials with no written instructions but it’s easy enough to understand. After the first few blocks are placed, you begin playing without the tutorial.

Block Puzzle Jewel has colorful graphics but they aren’t anything too special. The game is set in a jungle like landscape and you get all different shades of blocks to play with and fill the screen with. There is no concept of color coordination and you can make the line explode with any colors you put in. The sound effects of this game can be pretty annoying at some point. Every time you make an impressive move, there is a background noise of a crowd applauding you in a high pitched sound. You can choose to turn off these sounds though.

Although there’s nothing to hate about Block Puzzle Jewel, we can’t really say that this game is perfectly executed. The controls are jittery and you don’t always get to place the blocks in the right place because of the strange orientation and controls. It’s highly likely that you’ll drop the blocks somewhere on the screen that you didn’t intend to.

Nonetheless, there’s no denying that Block Puzzle Jewel takes a classic concept and makes it into an app pretty well. There are no extra or bonus features. The game is true to its gameplay alone. In fact there isn’t even a home menu as such. The only options you get are to redo the level, toggle with the sound, check the leader board charts and leave a feedback for the app. Since the app is free to download from the app store it comes with its fair share of advertisements. These, however, are mostly banner ads that don’t necessarily obstruct the game.

Why do we recommend Block Puzzle Jewel?

What can be improved about Block Puzzle Jewel? 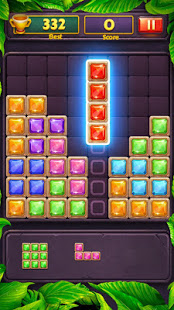 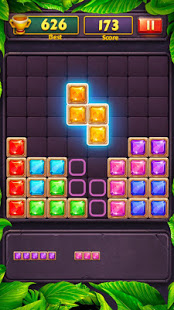 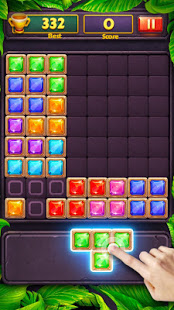 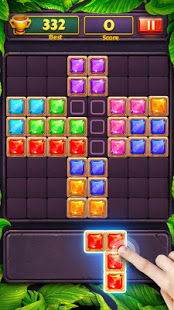