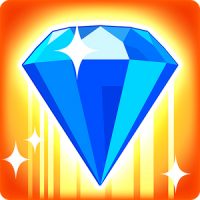 The classic match-three puzzle mechanic has been taken up by hundreds of games in the app store but only a few meet the mark players are looking for. Bejeweled Blitz puts an interesting twist on this match-three puzzle game as you race against time to score higher and to get to the top the leaderboard charts.

Powered by PopCap, Bejeweled Blitz is one of the most popular games on both the Google Play Store and the Apple Store. The Blitz series has PC and Facebook versions as well owing to its ever increasing player traffic in all kinds of devices.

The game begins almost immediately; you can choose to take a quick tutorial or begin playing. There’s only one level and every time you play, you get 60 seconds to match as many jewels and diamonds as you can. The faster you match the jewels the more chances you have at getting a speed boost and a flare gem.

All of this sounds pretty straightforward and almost boring. After all, how long can you go on about matching gems in one minute over and over again? That’s where the game takes an interesting turn. Bejeweled Blitz offers a number of boosters and special gems for special effects that can be earned by credit as you score higher points or they can be purchased by your credit card. The gems and boosters also level up as you progress further into the game.

Players can equip these rare gems, boosts and scramblers at the beginning of the game to flip the boards, create jewel dynamites and have an overall more exciting time. These extra effects make the game a lot more addicting and people with a Type A personality will be constantly competing against the clock and to get more and more bonuses.

Perhaps one of the best things about Bejeweled Blitz is the explosive sound effects that make the players really get into the feel of the game. That along with the time ticking makes Bejeweled Blitz a seriously addicting puzzle game.

Every time you complete a game, you’re offered a lucky draw – a chance to pick a random prize. Flip it over and you get ludicrous amounts of points, gems. If you’re really lucky, you might even hit the jackpot and win the grand prize!

Plus, as you progress you can also unlock item boxes and new events to break the monotony of the classic game mode. The app can also connect with your Facebook account which makes the game more personal. This way you can compete and get ahead of your Facebook friends as well. Plus, there’s a message center in the game where you can send messages, poke or challenge a friend to a friendly duel.

As with all other similar games, the app offers players free coins and gems but at the same time coax you into purchasing bigger rewards so that you can buy rare gems for an even more spectacular experience in the game. There’s a daily spin in a wheel of fortune as well that you can avail to win exciting prizes and you can earn free coins by watching advertisement videos but eventually you will have to make a purchase to get more and more coins.

When it comes to graphics, however, players can have differing opinions. The gems are rather large and while they might have an appealing factor to some, they almost appear tacky to others. Though the gameplay itself is smooth and breezy the actual colors and graphics might be lacking when compared to other similar match-three games like Candy Crush.

Why Do We Recommend Bejeweled Blitz?

What Can Be Improved in Bejeweled Blitz? 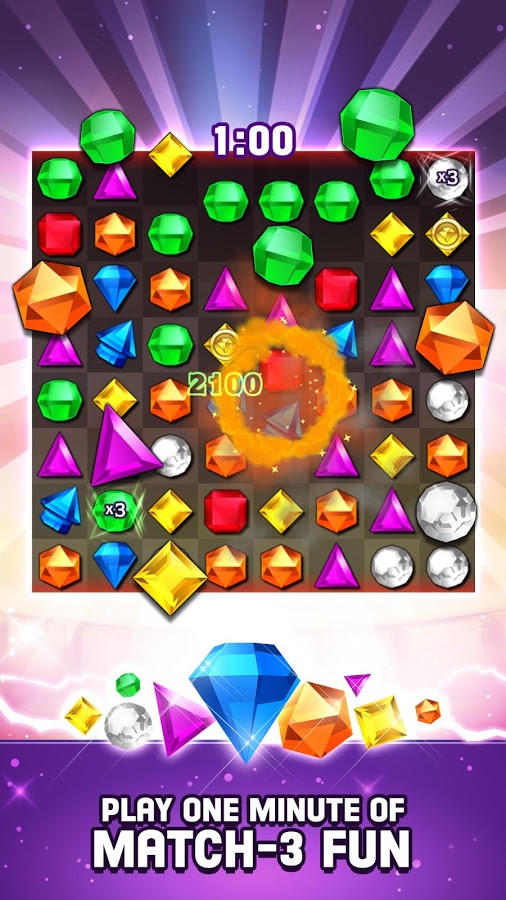 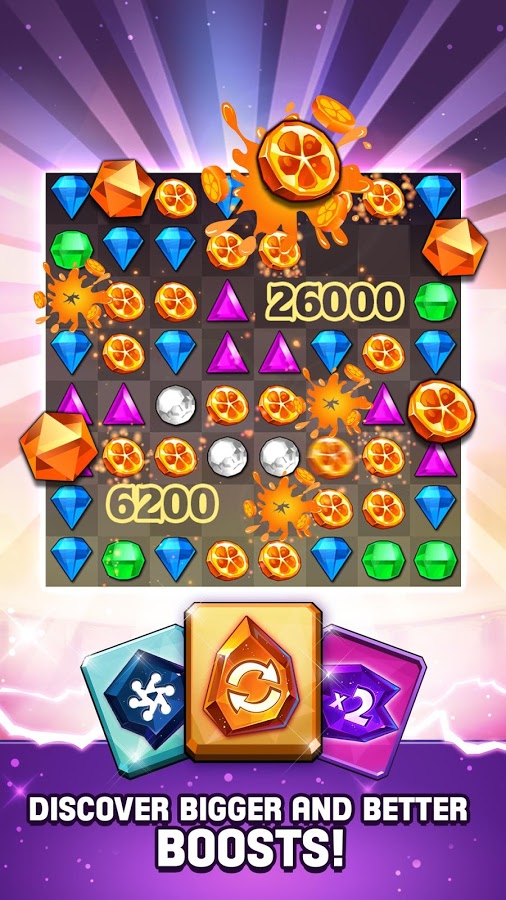 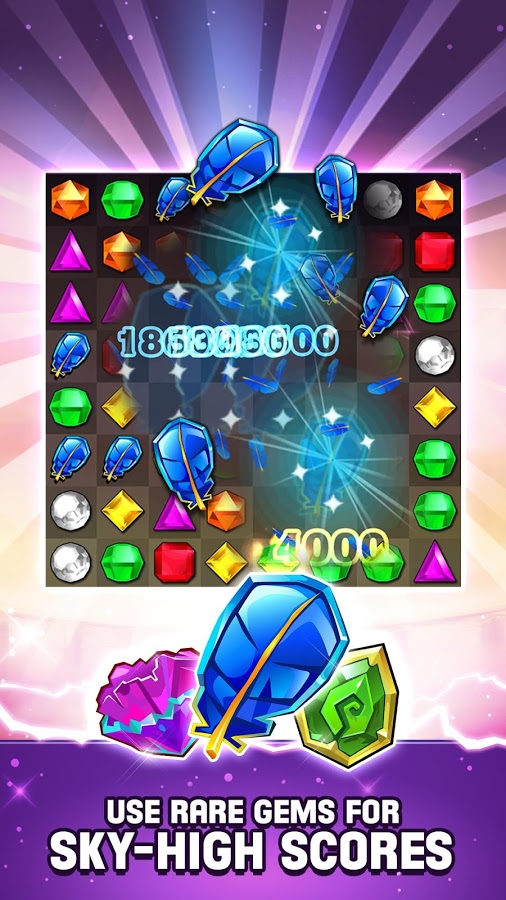 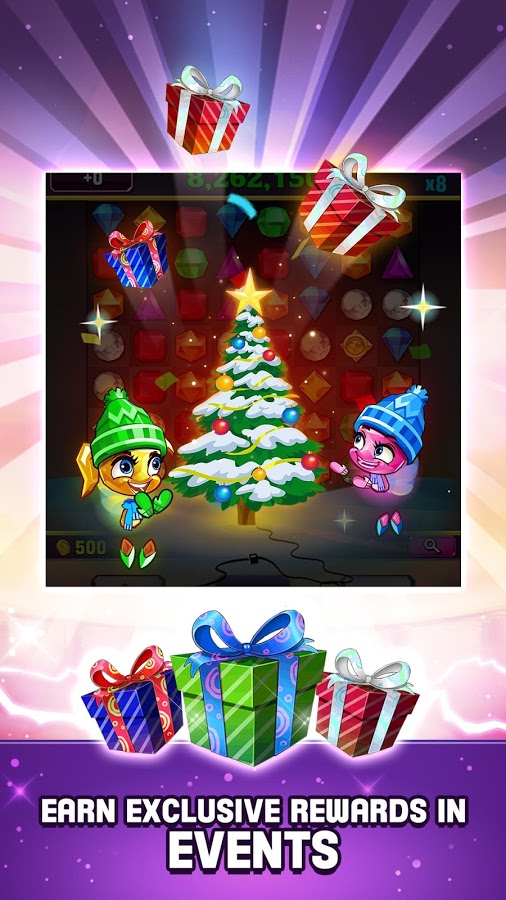 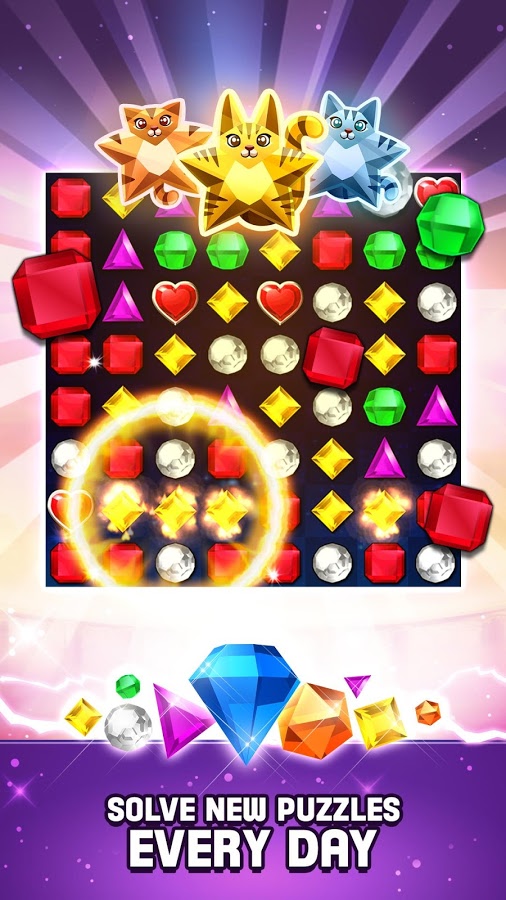