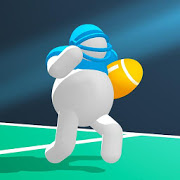 VOODOO is one the most popular action game developers with many top hits under their belt. Ball Mayhem might not have received the same amount of praise as some of their other apps it’s still a treat especially for fans of football. Ball Mayhem is a free to download application available on the Google Play Store and the Apple iTunes Store. There are plenty of ads throughout the app but you can turn them off by purchasing the paid version of the app. The paid version comes with other features and perks as well that we’ll talk about in this post.

Fans of American football need no introduction to the rules of Ball Mayhem. Each round of this game is quick, sweet and loaded with action. Your main objective is to take down everyone in your path by tackling them and scoring a touchdown. That’s pretty much the whole point of this game but there are several different gaming modes that you can opt for.

After the recent update of Ball Mayhem, the length of football matches in the app has slightly increased. Now you need to play 5 rounds in a row to win the full set. Previously the matches were much quicker and swifter. This new update hasn’t been popular amongst most Ball Mayhem users because most fans of this game enjoyed the quick and short action packed matches. However the new update has brought new innovations and changed things up a bit in the game which has been received well by some users.

When it comes to the app design of Ball Mayhem, there’s no doubt that VOODOO has yet again managed to impress us. VOODOO is known for making easy to use application with simple controls and lack of features which make the apps easy to navigate even for beginners.

The graphics of Ball Mayhem are equally gorgeous. Animations are smooth and excellent. The players in the stadium might not look realistic but their movements and game is pretty spot on. The colors of the app all around are attractive as are the sound effects that play in the background throughout the course of the game.

Ads are a serious issue in most VOODOO games and the developers aren’t shy about it. Banner and video ads are the norm. They appear after every few rounds if you haven’t subscribed to the paid version of Ball Mayhem. They can be pretty intrusive to your fun gaming time so it’s a good idea to go for the paid, ad-free app if you’re a true fan of Ball Mayhem. What’s more, the app gives a 3-day free trial so you can know what the paid version of the app feels like.

Why do we recommend Ball Mayhem?

Ball Mayhem! is one of the top apps in the Action app category, which belongs to VOODOO. It's last update was on March 14, 2019 and it has been already downloaded 5,000,000+ times. On the app store it has now 26,604 reviews. After you get to Ball Mayhem! page on the app store, click install & enjoy it. 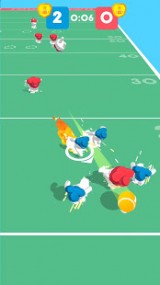 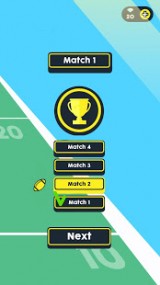 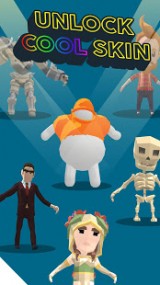 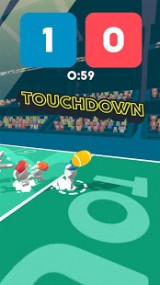