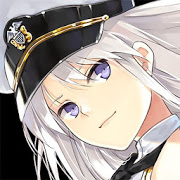 Primarily an action game, Azur Lane is a highly engaging anime smartphone game that blends in a surplus of content and features. With adorable character designs and graphics that project you in an actual anime like scene, Azur Lane is definitely worth playing for those who have an interest in anime. It’s also pretty well developed and offers an exciting gameplay. Azur Lane is free to download but it isn’t available worldwide. It can be downloaded from both the Google Play Store and the Apple iTunes store.

Azur Lane is categorized as an action game but it’s actually so much more than that. This anime game mixes in elements of RPG and strategy to produce a complete package for new and old RPG-action players to enjoy. The biggest appeal to Azur Lane is the graphics though. The animations look as if they have come straight out of an anime scene and the character designs are modern and cute. There are tons of character and heroes to choose and add in your team. You can also customize your characters to make them look and function better in the game.

Let’s talk about the actual gameplay now. It’s easy and intuitive based on the concept of a 2D side scroll. Combat is primal in Azur Lane and it is what defines it as an action game. There are also feature of RPG and tact in the game but at the end of the day Azur Lane is a 2D shooter game with gorgeous graphics and a ton of customization options.

You can organize up to six battle ships in the game and raid on your enemy with guns and artillery. The gear in this game is diverse as are the characters you can unlock. What’s great about Azur Lane is that if you’re really good in the game you can basically train your character to become as strong as a powerful rare character. You can also speed up your progress in the game if you spend actual money. The in-app purchases, however, aren’t necessary to really succeed but they are useful if you want to speed things up.

The battles can be played both manually and in AI- it’s up to you how you want to play your battles. You can also build your own fleet from a range of ships to unlock. These ships amount to about 300 each with their own unique stats and characteristics and each represented by a character that is unique to the ship.

Azur Lane also supports live 2D interaction technology between the in-game characters and this is where the RPG element comes in. You can freely talk and interact with the characters in your fleet in short dialogue-like cut scenes. In Azur Lane, you can also style and build your own unique home. This is kind of an additional bonus feature but a pretty fun one all the same. Apart from a few occasional bugs, Azur Lane is a pretty gold app to have in your phone if you’re a fan of anime and RPG/action gameplay.

Why do we recommend Azur Lane?

What can be improved in Azur Lane?

Azur Lane is one of the top apps in the Sports app category, which belongs to Yostar Limited.. It's last update was on February 21, 2019 and it has been already downloaded 1,000,000+ times. On the app store it has now 24,955 reviews. After you get to Azur Lane page on the app store, click install & enjoy it. 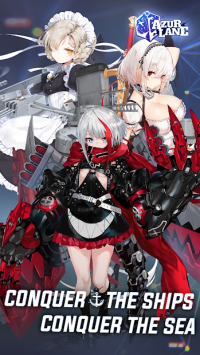 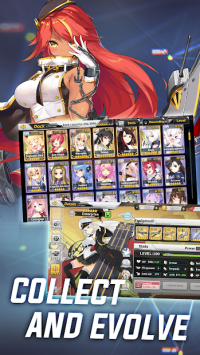 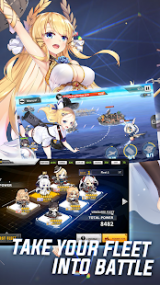 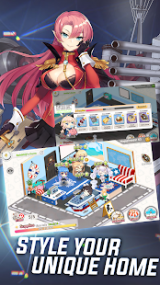