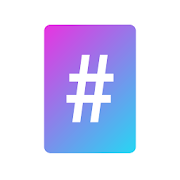 If you’re a fan of magic tricks and stunning your audience, you should probably try out K52 s.r.l’s Anynumber app. This app is a direct successor the popular Anycard app and it delivers the same magic potential as its predecessor. Anynumber is a great simple magic trick that happens inside your phone but completely wows your spectators. Proven to amaze and fool every audience, Anynumber is an app of true magical potential. Learn the art of card magic with this game by downloading it today! There’s a catch though – you’ll have to pay for it.

Anynumber is a paid application that can be downloaded from the Google Play Store and the Apple iTunes store. Just like its predecessor, you’ll have to purchase it before you start wowing your friends and family. The good part is that this app is half the price Anycard currently sells for. Plus there aren’t any additional in-app purchases and only a few ads so the download is worth it.

Anynumber performs a card magic trick that follows the principle of ACAAN (Any Card at Any Number). The trick is simple but it is powerful enough to stun your entire audience. Plus the trick has been tested tons of time by the developers so it’s pretty much fool-proof as well. We bet not even the smartest magician will be able to figure out this simple yet powerful card trick on your smartphone.

All you need to do to perform this card trick is gather a minimum of two spectators (the more the merrier though!). You begin with showing your audience a deck of cards inside your phone in the Anynumber app. This deck of cards is pretty basic and ordinary without any catches or special effects. You then ask one of the spectators to choose a card at random from the deck shown and write it on a piece of paper without showing it to anyone. Another spectator is then asked to freely write any number they please from 1 to 52. The first spectator then counts the deck of cards in the order until the chosen number by the second spectator arrive and it’s always the card they thought of and wrote on the paper!

This mind-blowing trick is simple but impossible to wrap your head around and it works every time. If you want your audience to believe your phone or this app has mind-reading powers, this is the best way to show them. The trick almost never fails and it delivers a high-performing magic effect for the mass audience.

There are no loop-holes in the trick either. The app does not support voice recognition or voice commands so there is no way to deter the trick through speaking. There is also no image recognition or force. The entire trick unfolds with calculations and algorithms but your audience doesn’t need to know that of course. Anynumber is definitely a pretty intelligent application and it shows how smart our phones can really be.

The app design of this app is gorgeous as well. There’s nothing too much going on in it but its elegant art and soft, subtle sounds work in harmony. There aren’t many controls or features in Anynumber either so navigating your way around the app is a piece of cake.

Anynumber is a great magic card trick app but you can use it only a handful of times before the fun of it runs out. Once you’ve successfully eluded your audience a couple of time, this paid app becomes pretty much useless. In short, the app isn’t going to stay for a very long time on your phone but it definitely is worth a shot if you love magic!

Anynumber is one of the top apps in the Card app category, which belongs to K52 s.r.l.. It's last update was on November 19, 2018 and it has been already downloaded 1,000+ times. On the app store it has now 132 reviews. After you get to Anynumber page on the app store, click install & enjoy it. 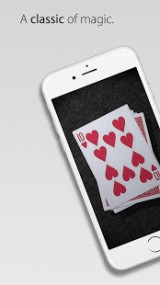 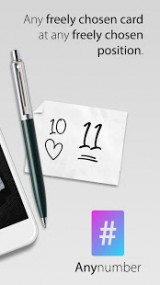 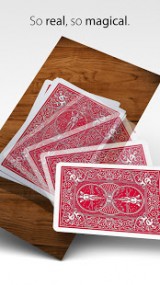 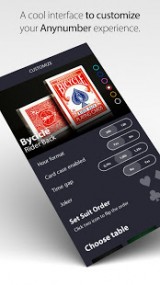