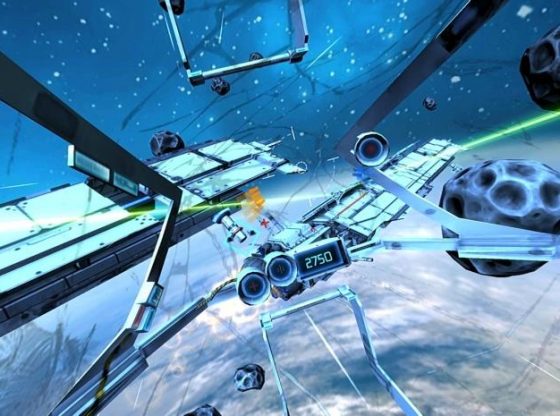 The VR experience is here to stay, especially when more and more VR devices like Samsung’s Gear VR are launched all year round. Samsung Gear VR is a headset that every year manages tand in the top 5 of almost every gadget blog and magazine out there, and even though it runs exclusively on Samsung devices, its overall performance and partnership with the Oculus platform with a list of hundreds of apps available, more than make up for it.

Having said that, and because we think the Gear VR will deliver the best VR experience, we‘ve a list of the best games and apps available where you’ll get a selection that ranges from brain-wracking, sci-fi and mystical adventures to virtual relaxing getaways and on demand, fascinating storytelling videos.

Starting with a compelling name that makes you want to start playing right off the bat, Please, Don’t Touch Anything is a brain-wrecker, addicting puzzle game. The opening scene starts off with the protagonist, i.e. you, covering for a co-worker while he’s in a bathroom break, and his parting words before venturing to the loo are, precisely, Please, Don’t Touch Anything”, but since you’re left alone in a room with only a panel consisting of a red button, obviously the logical thing to do is to press it. After that, you will unfold a series of enigmas involving looking for clues, solving riddles and, of course, pushing buttons.

Only an astonishingly beautiful app like this one could come from no one else but the same creators of Monument Valley. Though not as challenging, and much simpler than its predecessors, you will be able to journey through fantastical places and magical landscapes while you solve dot-connecting puzzles and try to awaken a lost civilization: All of this, listening to a delightful selection of mesmerizing tunes and relaxing melodies.

Nominated to the Mobile VR Game Of The Year, this game takes the VR experience to a whole other level. End Game is an action-packed sci-fi adventure in which you’re a member of a rebel group called TLF, short for “Tartarus Liberation Front” that fights against the current rulers of the fictional Tartarus Sector.

Your primary mission is to be the best pilot the TLF has ever seen and to fly like never before leading your team through the Tartarus Sector in intense space battles. Fly through incredible and striking space landscapes, powered by extremely detailed and top-notch graphics that will render you speechless and addicted in no time.

Welcome to the mythical World Of Tholl where “peaceful villagers live in harmony while barbaric tribes keep to their wilderness”, until the demonic entity Tesh wrecks havoc in the seemingly peaceful planet, and is intent on destroying and conquering Tholl. As the game’s leading character, you are the chosen one to restore, keep and protect the balance of the World Of Tholl, and to accomplish that purpose you will have to recruit allies, face Tholl’s wilderness and explore its mysteries. A beautifully done game, with gorgeous and colorful aesthetics.

Powered by Apotek Hjärtat, Sweden’s largest private pharmacy, Happy Place is a virtual campsite specifically designed for relaxation and tranquility purposes: Get away from any stressful environment you might be in, or if you suffer from located body pains. The app’s setting takes place in a camping area, with quiet forests and a lake with a beautiful view. You can also interact with nature and get a complete experience, just as if you were in a real campsite.

Within is a VR storytelling app, that has partnered with companies like Apple, New York Times, NBC, Vice Media, organizations like The United Nation, the band U2, and the list goes on, that aims to bring you certified immersive content from, as you may have gathered, a wide variety of genres and options. Experience “industry-leading 3D video” with titles such as USA’s channel TV drama Mr. Robot, live news, interesting and gripping documentaries, short movies for kids, music albums, stand up shows and more.