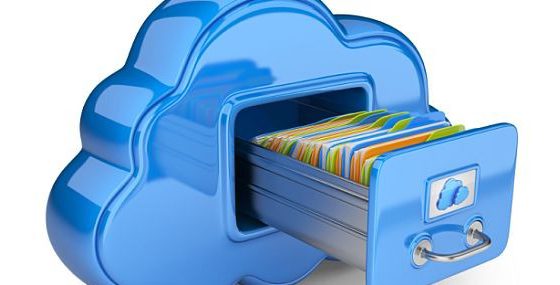 Nowadays almost everybody has a mobile phone and are used to taking lots a lots of photos and videos each day. We also use our phones for daily work, with colleagues sending us files. When we travel we take a lot of pictures so that we can remember every moment of the trip.

The problem is our phones or any other device are limited in storage space. Especially the phones have many apps that consume most of the space it has. This is why cloud hosting softwares are very useful: with them we have almost unlimited space to store our files and access them from any device and any place we are. All of them are paid but most of them offer free limited space.

Today we present you here a list of the best free cloud storage softwares you can use right now, so that you can delete all those files from your device, freeing some space:

This cloud hosting software can hold many documents such as articles, speeches, flyers, or templates for newsletters. Other variants include Google Sheets for Spreadsheets and number crunching as Google Slideshare, focusing on slide shows and other moving presentations. This program also includes Google Forms, focusing on survey software. Google Drawings, which emphasizes the creation of diagrams. There is also Google Fusion Tables, a more experimental effort featuring much of what is in Drawings. Yet offers such other functions as timelines and geographical maps. One could consider these a rival to Microsoft Office Programs, such as Word, Excel, and Powerpoint.

It may not have the ease or functionality of its competitor, but these products have a simplicity its rival does not have. Such even allows for users to collaborate with each other and permits these products to be easily updated. Giving one’s effort in these Google more of a smooth environment to accommodate their work ethic. Instead of one have to adhere to Microsoft’s standards. Meaning Google users can indeed work at their own pace, however they like. A very big advantage for those who do not work well with Microsoft’s line of products and a valuable choice.

This program can be used on Microsoft Windows, Apple macOS, and Linux computers. Their distribution outlets also includes apps such as iOS, Android, and Windows Phone. Dropbox also allows for word processor, spreadsheets, and moving presentations, most notably in its Dropbox Paper program. There is also the unique advantage of allowing photos to be uploaded into its service. The Microsoft Office programs and Google Photos may also permit photos to be inserted, but this cloud host is specially made to include these through its Carousel app. It is custom developed to upload and maintain photos and videos for Dropbox.

Photographers even have the option of uploading their photos into Dropbox directly from their camera. Functions Microsoft Office does not have within its own software, or at least when it comes to Word and Excel. Carousel also competes with Apple’s iCloud and Yahoo’s Flickr software. Despite not holding the brand name value of these other companies, Dropbox holds it own. And the service does not look to be going anywhere anytime soon. It will be interesting to see where the company goes from here. No doubt it will prosper with Bono and The Edge of U2 among its investors.

Alongside it Office software for PC users, Microsoft uses this as its answer to Google Docs and Dropbox. This even connects to the company’s other services, such as Office365 and Groove Music. The latter being an advantage over its competitors. Not only can said upload and store his or her documents and files into OneDrive, but it can also be synched with one’s PC and accessed from their browser or mobile device such as a cellphone or tablet. This cloud hosting software is able to do quite a bit of things. In addition to its association with Groove Music, OneDrive interfaces with Windows Photo Gallery.

It also has overall integration with Microsoft’s Office software, such as Word, Excel, and Powerpoint. One can even use them to upload documents from those programs onto their own websites. They can share them with other users and both edit the Office and OneDrive versions of the document at the same time. Afterwards, the user can decide which one to edit and suit the kind of document they need or want. Very flexible for the user who wants more freedom in his or her projects. This cloud host might be a good option for them.

IDrive is a specialized cloud software for the business market, including small business owners. It has multi-device backup in which a single account can receive documents from all sorts of computers and mobile devices. There is also the ability to perform point in time recovery as a way to protect one’s material against viruses or malicious software. Another feature is faster back up and restore for up 3 TB of storage for one’s cloud software through physical storage shipment. It also enables back up access and sharing files from mobile apps. Along with protection and storage security with the option of encryption with the aid of a private key.

One can even share their files through Facebook and Twitter and have their files stored in real time. Facebook, Office365, and Instagram even provide their own file back up service. A rewind function can restore an earlier batch of files all at once. Back up that are incremental and compressed will speed along the process, having extra copies of your file in no time. One can sync the IDrive copies of files with those that exist online and a web based console helps manage all of this.

This cloud software specializes in the eLearning market, servicing one’s needs for an educational presentation. Such layouts include a Welcome page, Course Objectives, even customized views of this. Among these being a page of instructions where one can go more in depth and also give the user either a 50/50 or 70/30 view. There is also a main menu and a layout for infographics where one may convey their major points. On top of this are features for related content interaction and another layout for graphic metaphors. Articulate’s Storyline program is not only limited basic Microsoft Powerpoint style like presentations, but also can include interactive videos and screen recordings.

Indeed, Storyline involves interactivity between users, who can collaborate on projects by adding slide layers, triggers, and states. Those who are just beginning can simply click, drag, or hover over said project’s content to infuse their changes. To draw others to their project, all one has to do is drop buttons, dials, markers or, hotspots. This is all one needs to do in order to be interactive with another user. One can also respond to them personally while working on each of these efforts, amping the interaction.